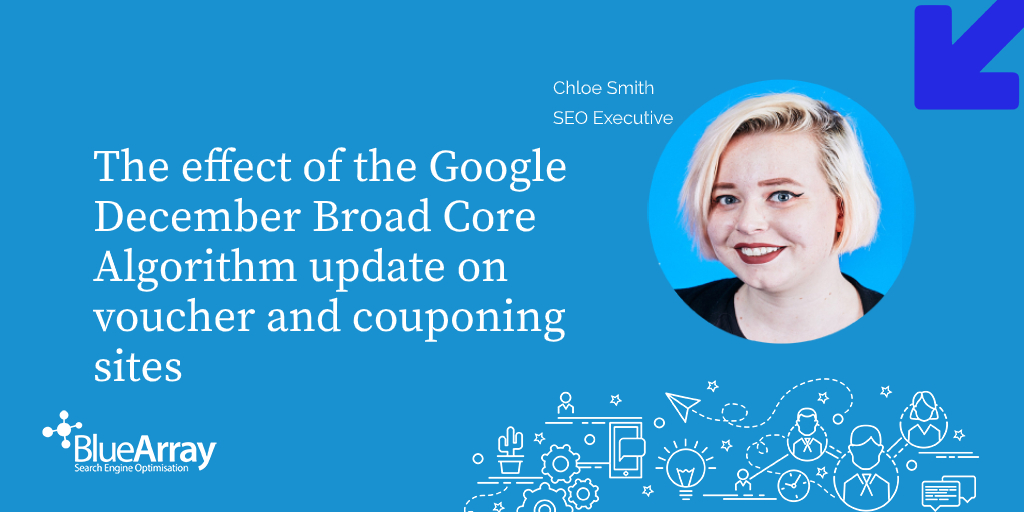 Broad core algorithm updates don’t introduce any new ranking factors but instead act as a rebalancing of existing ones. This makes it potentially more difficult to offset any lost traffic by optimising for queries that a site has lost visibility for.

While a lot of the focus so far has been on winners and losers in eCommerce and publishing, every niche saw increases and drops in visibility. I found myself stuck in the voucher code niche, and made some interesting preliminary discoveries in the first few days of the roll-out. This is obviously all subject to change; we all know Google works in mysterious ways. 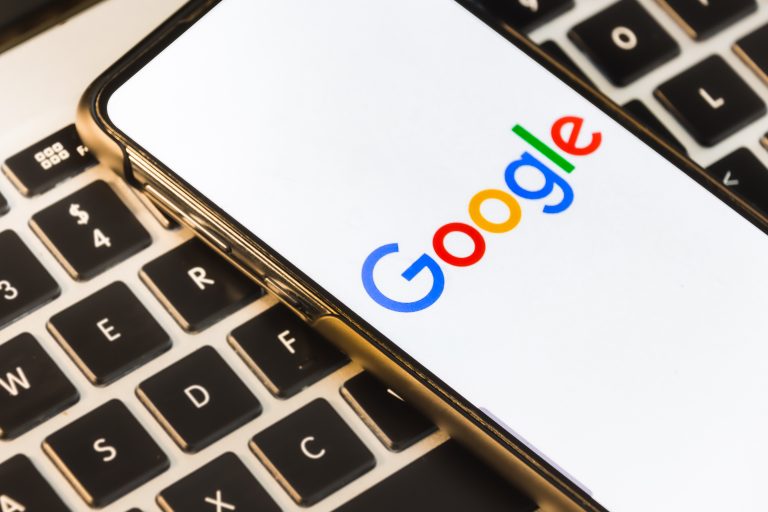 Aside from using Sistrix to monitor the sites’ Visibility Indexes, I analysed the keyword data from Semrush to see what keyword groups these sites may have improved or worsened in.

This was taken from the 1st December and the 5th – before and after some of the most volatile days in SERPs.

What were we expecting?

It’s hard to predict the outcomes of a Google algorithm update, especially after the changes in the search landscape that we’ve seen thanks to the coronavirus pandemic and two broad core algorithm updates. But that never stops us from speculating.

As has been the case for previous broad core updates, it’s usually expected that there’s an emphasis on factors that were affected in previous updates, like E-A-T (Expertise, Authority, and Trust) – and possibly seeing sites that were previously hit making some positive gains. The ‘losers’ analysed for this blog post all have one thing in common: they host their blog on a subdomain.
It’s worth noting that Google also updated the Search Quality Rater Guidelines in October 2020, so this could be expected to have an impact too. This is particularly true for encyclopedia and dictionary sites, which were directly called out in the October update.

Using the Visibility Index on Sistrix, we can identify visibility changes for different domains over time and compare them.
Looking at our three ‘loser’ sites (Site 1, red; Site 2, blue; Site 3, green), we can see some steep drops from the beginning of December. One trend that has been observed in analysis of this update has been how larger sites have had steeper drops (e.g. Site 3 compared with Sites 1 and 2).

We can see some visibility increases of varying degrees for our three ‘winner’ sites here (Site 4, red; Site 5, blue; Site 6, green). Of note is Site 6 (green); a publisher couponing subdomain. These were previously cracked down on by Google.

One key thing we’ve noticed is ranking changes for queries that might not be discount or voucher-focused, but more brand focused. For example, these voucher sites might offer an ASOS discount, so as well as ranking for ‘asos discount’, they may rank for ‘asos’.

Naturally, these rankings have dropped as a result of this update. This is because a user searching for a brand like ASOS most likely wants to find the ASOS website, not a page of discounts – though that might come later in the user journey.

If a definition of a word isn’t ranking highly for a query on the basis that it may not be topically relevant for searchers, the same may be true for a discount on a brand.

We can see that our three ‘loser’ sites have had a high number of ranking changes that resulted in worse – or lost – visibility, particularly Site 3, which we previously saw had very steep drops in Sistrix VI. The majority of these lost or worse rankings were for keywords that were no longer relevant, e.g. black friday-related searches and exact-match brand names. 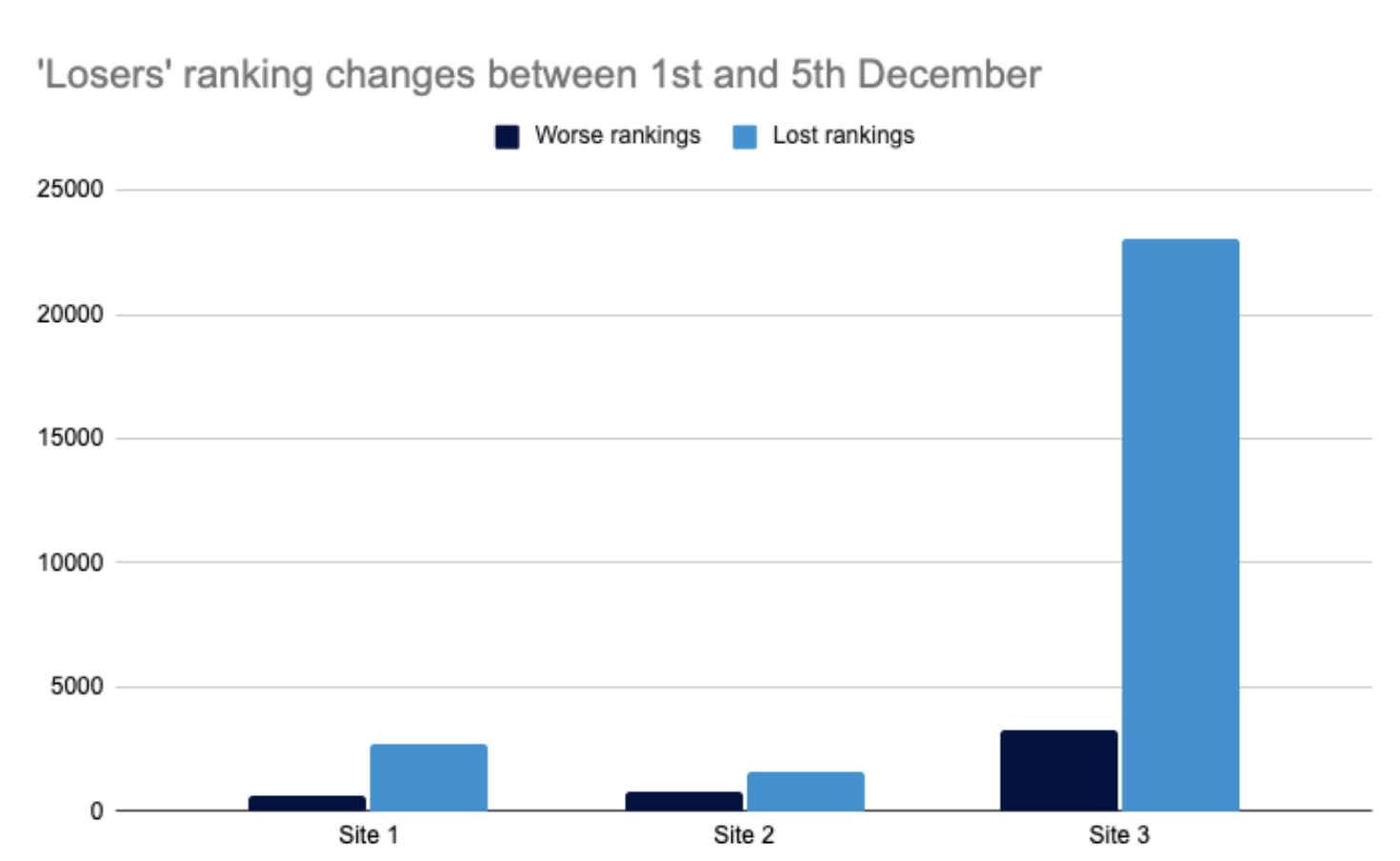 Conversely, the ranking changes for our ‘winner’ sites showed an overwhelming number of new queries that they ranked for compared to before the broad core algorithm rolled out. Again, this supplements the spikes seen in the different sites’ visibility index graphs; like Site 4 ranking for roughly 5,000 new queries. 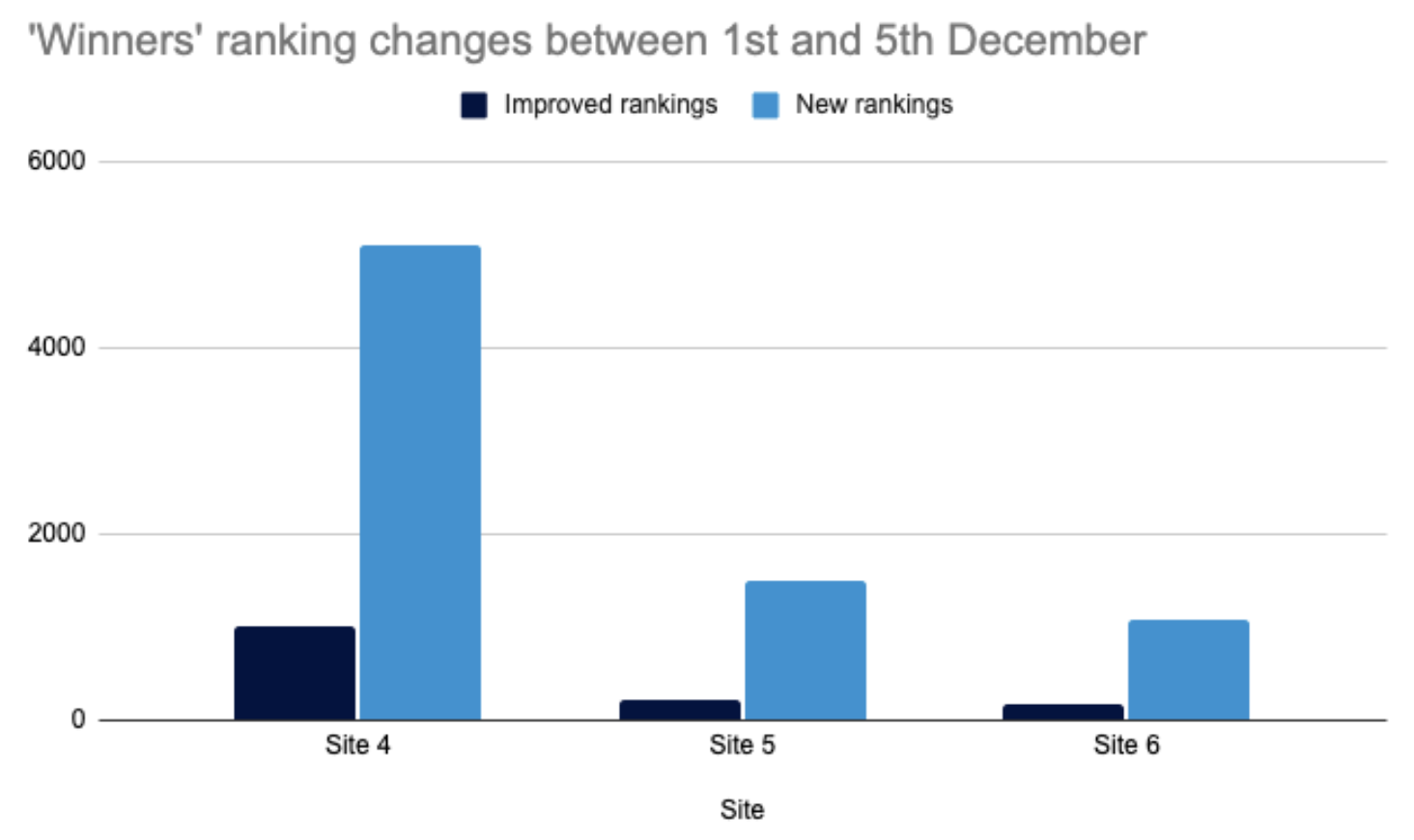 So why might this still be surprising, if the rankings changes makes sense?

In Google’s Search Quality Rater Guidelines, they outline that whilst a coupon page for a brand search may not be Fully Needs Met, “users may still be interested in coupon codes and this would be very helpful for those shopping online”. See the example for potterybarn.com below. 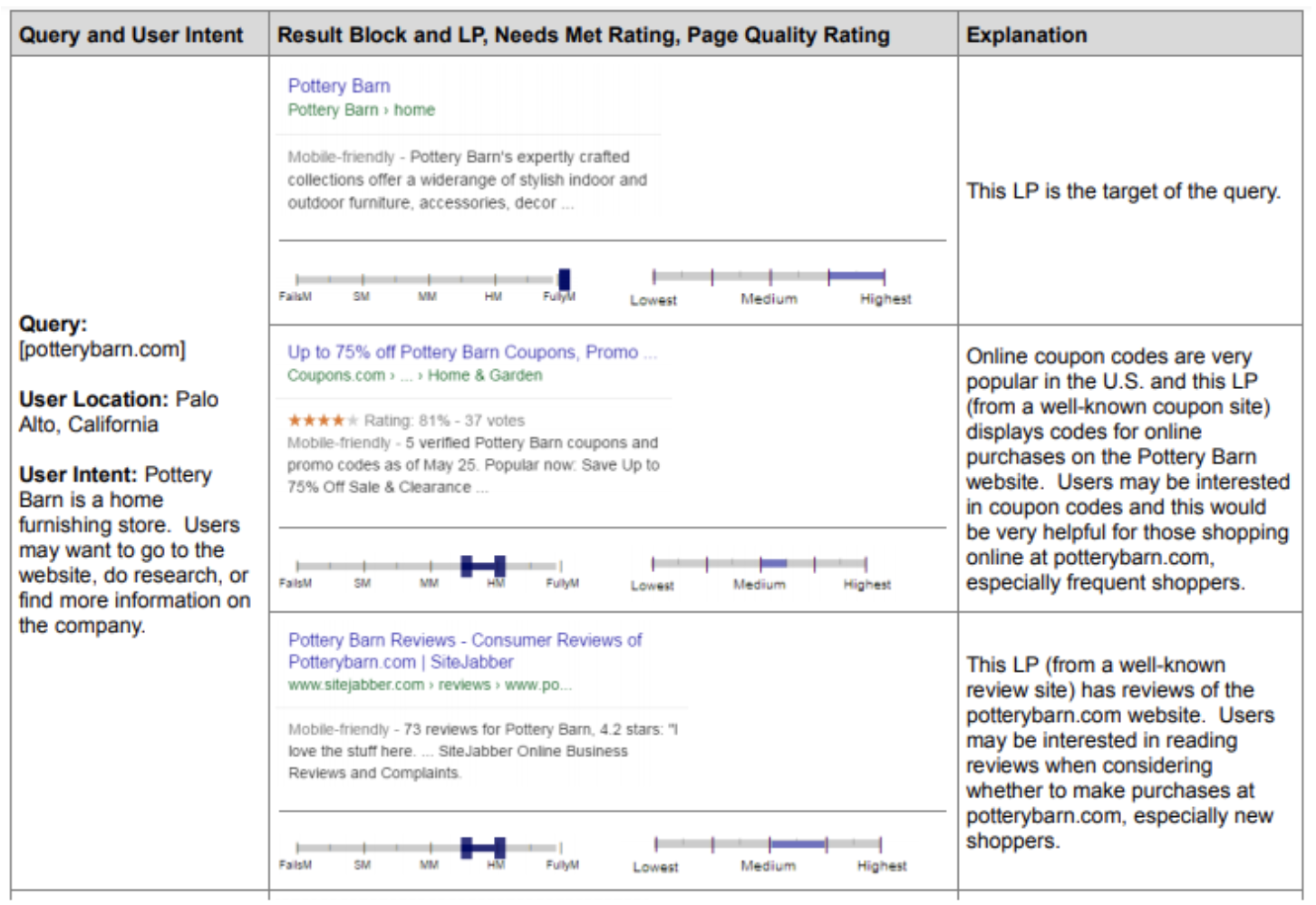 This once again ties into the idea of relevance. If a definition of a word isn’t ranking highly for a query on the basis that it may not be topically relevant for searchers, the same may be true for a discount on a brand.

How has this all affected traffic?

From what we can see so far it hasn’t – at least not substantially. But the fact that this update happened less than a week after Black Friday and Cyber Monday means that comparing traffic week-on-week is insanely difficult for anyone in eCommerce or similar. Comparing numbers year-on-year only works if the site hasn’t grown and changed, and as couponing and voucher sites have a much faster rate of content and page churn compared to other sites, that’s tough too.

The focus should be improving rankings for relevant searches to potentially offset any traffic lost from irrelevant ones.

What we might see is minimal traffic drops, but increased CTR and improved average ranking position because these sites may no longer have visibility for high-volume but low relevance queries. Instead, the focus should be improving rankings for relevant searches to potentially offset any traffic lost from irrelevant ones. 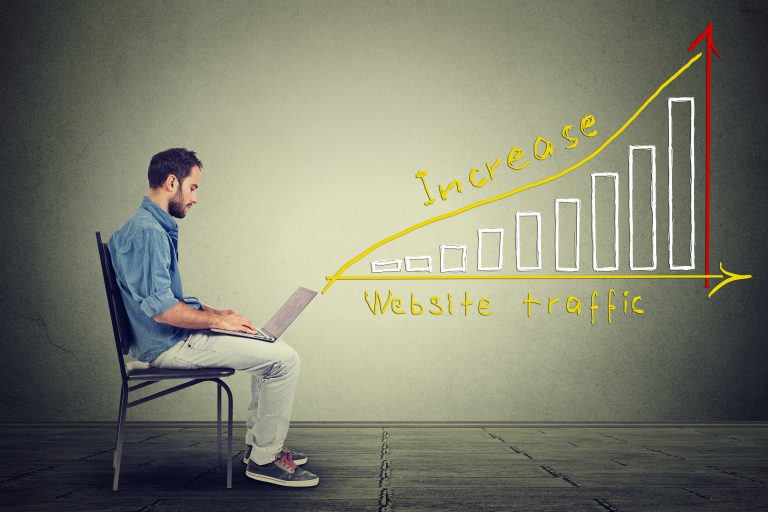 There’s been a lot of speculation as to how much impact E-A-T (Expertise, Authority, and Trust) came into this update. While others have seen improvements in sites that have worked hard on E-A-T in the past year, it’s hard to see instances of this in voucher code and couponing sites.

The ‘losers’ analysed for this blog post all have one thing in common: they host their blog on a subdomain.

What should we do?

There’s not a lot we can do right now. While it’s potentially possible that sites can recover rankings lost due to an algorithm update, the best strategy may include: