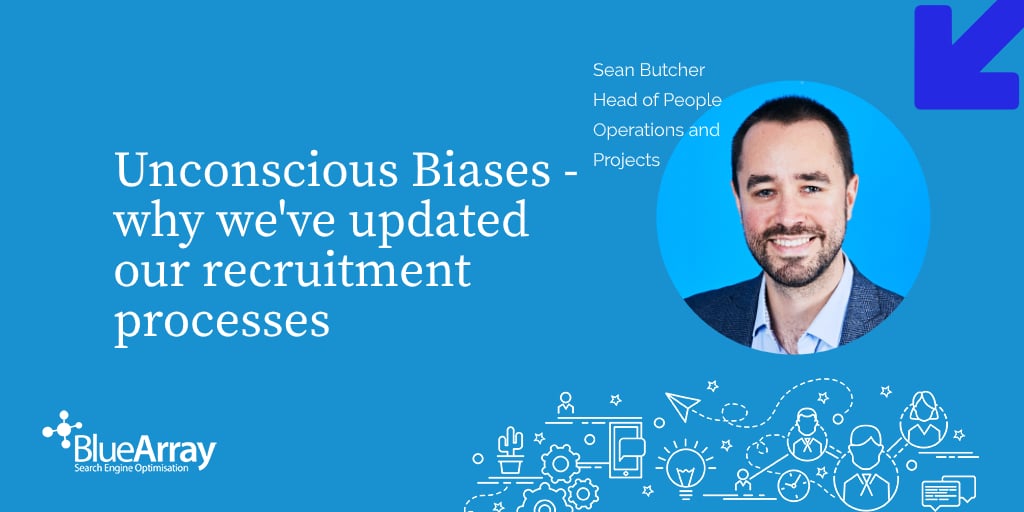 2020 has not just been a significant year because of the global Covid-19 pandemic. It’s also been a year where, quite rightly, an increased amount of focus has been placed on the inequalities that exist in the world, and in our workplaces.

Of course, we want our employees to feel like Blue Array is a welcoming, diverse and inclusive environment, where there are opportunities for all and where anyone can thrive and meet their career goals. But ensuring this is the case by delivering on tangible actions to promote this kind of culture is also the right and morally correct stance to be taking as a business, and as an employer of people.

We’ve established Blue Array’s ‘Diversity and Inclusion Panel’, made up of a group of passionate individuals from a mix of nationalities, backgrounds and genders.

In the second half of 2020 we established Blue Array’s ‘Diversity and Inclusion Panel’, made up of a group of passionate individuals from a mix of nationalities, backgrounds and genders. One of the first agenda items on our list – how do we make our recruitment processes fairer, ensuring that everyone, no matter their race or background, has an equal opportunity to work for Blue Array?

Many organisations end up consisting of groups of people that perhaps look the same, or are from very similar walks of life. A common reason for this? Our unconscious biases. 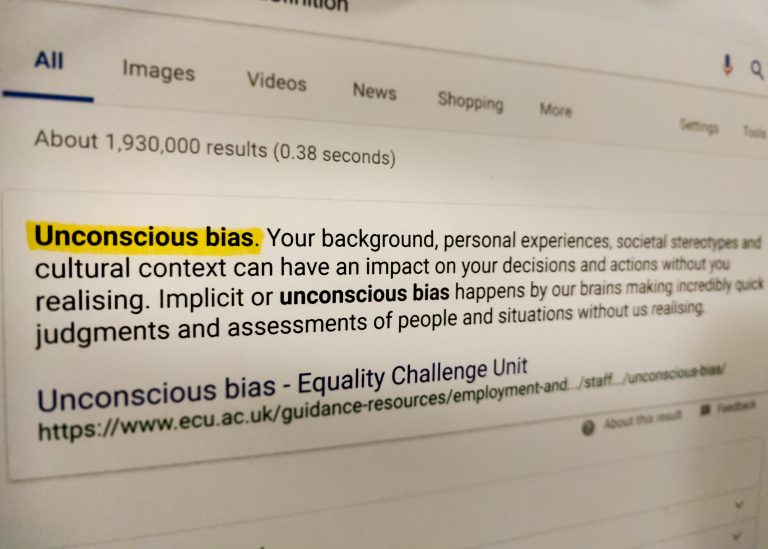 It’s important to say that the vast majority of people are not at all racist and have good intentions. But, unconscious biases tend to be formed throughout life and held at the subconscious level, meaning they influence our decisions often without us even realising.

In a 2015 study, white job applicants were found to be 74% more likely to have success than applicants from ethnic minorities with identical CVs.

Yet, as mentioned in the book ‘Subtle Acts of Exclusion’ by Tiffany Jana and Michael Baran, “One of the most critical aspects of inclusion is that it must happen actively. When we just passively think of ourselves as good people but don’t do anything to actively include others, that creates passive exclusion.” In other words, unless concentrated effort is made to change these unconscious behaviours, we’re playing a part in the exclusion of those that could be deemed “different” from ourselves.

It’s really worth emphasising that nobody should feel bad about having unconscious biases; largely these are a result of our environmental, societal and/or parental upbringing. According to ACAS, ‘the brain receives information all the time from our own experiences and what we read, hear or see in the media and from others. The brain uses shortcuts to speed up decision making and unconscious bias is a by-product. There are times when this sort of quick decision making is useful, for example, if faced with a dangerous situation, however it is not a good way to make decisions when dealing with recruiting or promoting staff.’

One of the most common forms of this is confirmation bias, which can, if left unchecked, lead to job offers only ever being made to individuals that look, sound, or perhaps belong to the same social or ethnic groups as the person (or persons) responsible for recruiting them. Psychologically, we tend to feel safe with familiarity, and we fear the unknown. But, this means we can end up excluding those who are different from us, often at the detriment of adding to an organisation’s diversity and breadth of experience.

Something as seemingly insignificant as the applicant’s name, the school they went to, or the countries they have lived in, can impact their chances of being considered for a role

This can even happen in the very early stages of the recruitment process; receiving and analysing CVs for example. Something as seemingly insignificant as the applicant’s name, the school they went to, or the countries they have lived in, can impact their chances of being considered for a role due to unconscious biases. Go back even further in the recruitment process, and the choice of certain words used within a job advertisement can instantly exclude those from certain races or genders from even applying for a role in the first place. 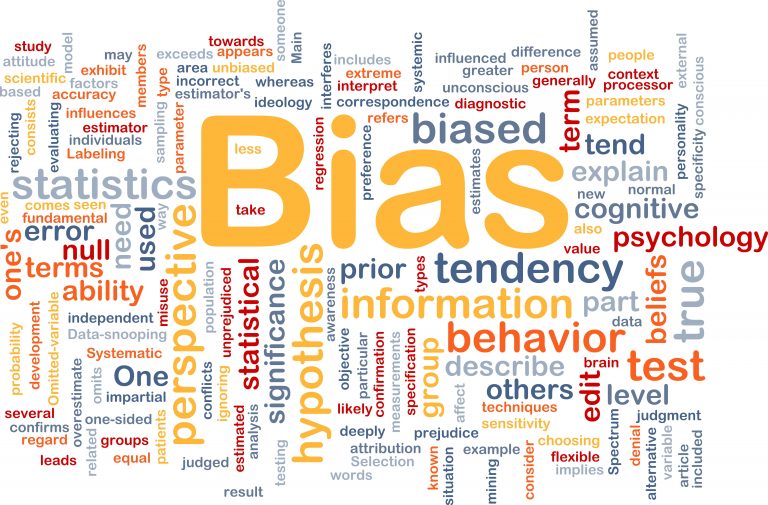 Educating ourselves on these subtleties and then acting to promote better inclusivity is therefore an increasingly crucial part of the recruitment process.

To highlight how big a problem this is, a few months after establishing the Diversity and Inclusion Panel, we gave a presentation to the wider team as an awareness-raising exercise. In this, we showed a number of shocking statistics, including:

What we’re doing to promote change

As a business we wanted to make sure that we were tackling these unconscious biases as early as possible, and it’s great that we now have a Diversity and Inclusion Panel to hold us to account for doing so. As such, we have made some significant changes to our recruitment screening processes, including: 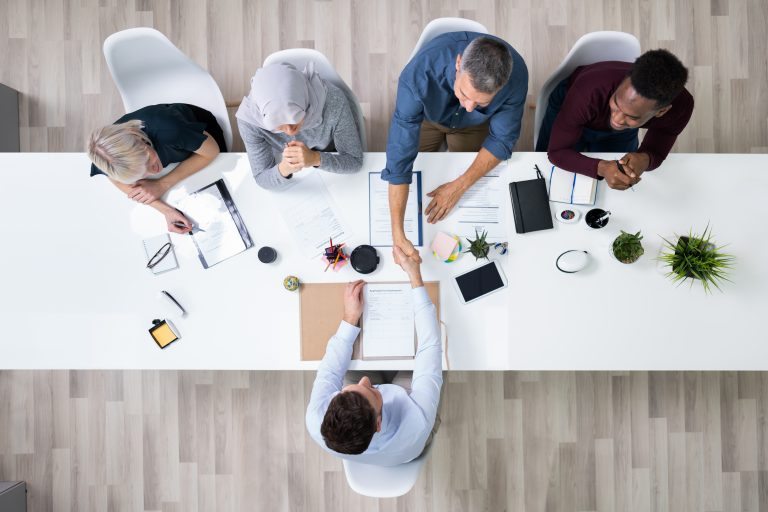 We’re also running all of our job advertisements through software which highlights words which may be considered biased towards one gender or the other, and as such we’re now aiming to ensure complete gender neutrality with each and every ad that we put live.

As we’ve mentioned – unconscious biases can impact the decisions we make, and we hope that by removing certain information that could unintentionally bias our recruitment decisions, we can help under-represented groups feel confident that their application will be fairly considered. Ultimately, diversity encourages more diversity, and we need to do all we can now to make sure that we’re promoting fair opportunities for all, so that we can build the team of diverse voices and backgrounds that we want to achieve.

Ongoing, we’re committed to training our managers and teams on how they can recognise, and overcome their own unconscious biases. In our presentation we ran a demonstration of the excellent Implicit Association Test run by Project Implicit – a scientific research organisation which was established in 1998 with the goal of educating the public about hidden biases, and to collect and analyse the results from around the globe. The tests themselves allow users to uncover their own unconscious biases by answering a number of questions instinctively, often associating certain words with faces from different races and genders on the screen. It’s an eye-opening experience, and one which I would thoroughly recommend to anyone – not only to learn more about yourself, but also to help contribute to the study, and a really fantastic cause.

If you’d like to discuss anything about this initiative, or anything else related to the culture at Blue Array then please do feel free to get in touch with me via the comments box below.